Why is DevOps the Right Choice to Improve Organizational Performance?

Puppet Enterprise, the company that provides IT automation for the cloud, security, and DevOps has released their fifth yearly report named “State of DevOps Report” which provides a brand new perspective into high-performance drivers for organizational teams. Now that DevOps is the hot topic for organizations across the globe, this report comes at a highly opportune time where enterprises are looking to DevOps to gain a competitive edge in the market, to set themselves apart from their peer businesses.

The findings of the report show that unparalleled IT and organizational performance is a result of a team effort covering both development and operations. The report also stresses the need for enhancing the complete product life cycle from initial stages of product planning, spanning quality and security assurance and even customer feedback. This speeds up delivery while raising quality, security and business outcomes.

In today’s cut-throat business environments, DevOps has emerged as an essential solution that aids enterprises in meeting ever-growing industry demands. This report helps personnel comprehend how practices related to DevOps affect IT performance and organizational performance.

Why does your organization need DevOps?

The report referred to above makes it clear those enterprises that adopt DevOps end up accomplishing a greater amount of tasks, with greater efficiencies and accuracy as well. It goes on to say high-functioning IT enterprises have lead times which are 2,555 times faster. Also impressive is the accelerated recovery time that goes up to 24 times! With change rates which are almost three times lower. High-functioning IT teams also expend 50% lesser time in remediation of security issues with a staggering 22% reduction in the time spent on unplanned re-work.

At its core, benefits of DevOps has its focus on progressive software delivery while dealing problems of diminishing complexity to resolve for accelerated fixes for issues. This leads to significantly accelerated deployment along with raised effectiveness in the stability of operating environments. This, in turn, leads to high levels of value addition as compared to just applying fixes and taking care of product maintenance.

DevOps has the ability to revolutionize performance levels within organizations while allowing them to execute deployment at rates which were previously unimaginable. It has enabled enterprises such as Twitter, Amazon, Facebook, Netflix and Etsy to deploy code running up to hundreds of thousands of lines per day, while still maintaining stability, security, and reliability.

Raw performance enhancements may be one of the major benefits gained by the adoption of DevOps practices. Information security is exponentially increased by using DevOps.  Recent tech research by global firms indicates that organizations employing integration of information security objectives right into everyday tasks in projects spend half the time as compared to the organizations that don’t. This directly has a hugely positive impact on security outcomes and IT performance as a whole. It is worth noting that almost any organization, regardless of size can use DevOps to reach high-performance levels while meeting business goals in turn achieved by reducing costs linked to repeated fixes and remediating security problems.

To demonstrate how DevOps brings about the comprehensive change we can consider an enterprise which has not adopted the DevOps methodology, where the development team is meant to write code and develop a product, to be later transferred to the testing team this will verify if the code meets client requirements. The operations team is supposed to take over from this point running the product that is after the process is considered complete. DevOps aims to break silos that teams tend to operate out of and bring about enhanced performance through collaboration.

DevOps is such a comprehensive approach that it brings about a culture shift within organizations. And as culture is a prime factor which impacts an enterprise’s performance, application of DevOps philosophy offers high measurable (and sometimes not-measurable) results, as stated below:

DevOps leans more towards being identified as a culture then as a method or a tool. In organizations following DevOps, both operations and development teams work well outside designated silos which lead to shorter product release times (time-to-market) which leads to higher operational efficiencies.  This is facilitated by operations teams giving developers continuous feedback about code and troubleshooting issues while keeping in mind the user experience. Such progressive learning and delivery practices allow for cross-functional team collaboration, with several teams functioning with one goal (or a common set of goals) in focus – therefore reaching higher performance levels.

Such an enhanced and productive organizational culture along with enhanced employee engagement can aid enterprises in retaining valuable talent and even in recruitment.

The “2016 State of DevOps Report” discusses the relationship between organizational success and employee engagement. It also elaborates on there being a robust connection between the two aspects. It says staff in consistently high-performing organizations are 200% more likely to suggest their enterprise to friends as a desirable place to work in.

Organizations can gain a lot from the adoption of the DevOps culture. The research report says high-performance enterprises are increasing their competitive edge constantly over their lower performing peer organizations. This can be credited to the enhanced productivity and even creativity of employees who seem to be highly engaged in such environments and this helps them offer enhanced experiences to customers.

Go through our DevOps Interview Questions to crack the Interviews.

Reinvestment of human time has enhanced creativity and saved effort and energy through the reduction of rework and downtime all are end results and by-products of DevOps adoption. This is where the core of the desired ROI from DevOps lies, by gaining that ever-important competitive edge that all enterprises need by investing in a methodology that boosts the bottom line, and this is why DevOps is a must-have for all organizations looking to boost productivity and performance significantly.

I hope that by now you have had an overview of DevOps. Before you enroll in ZaranTech’s certification course on DevOps, do check out the DevOps demo: 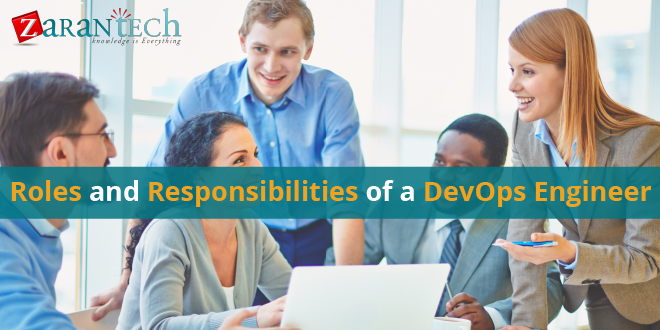 Roles and Responsibilities of a DevOps Engineer Read More 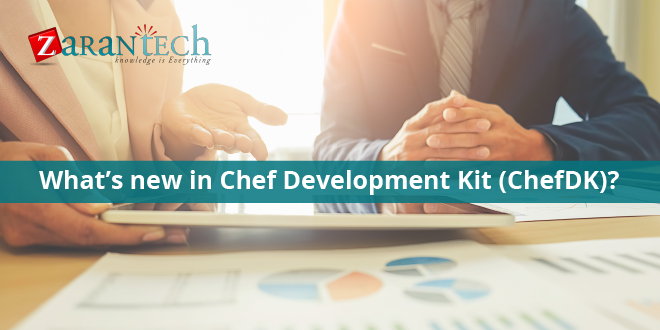 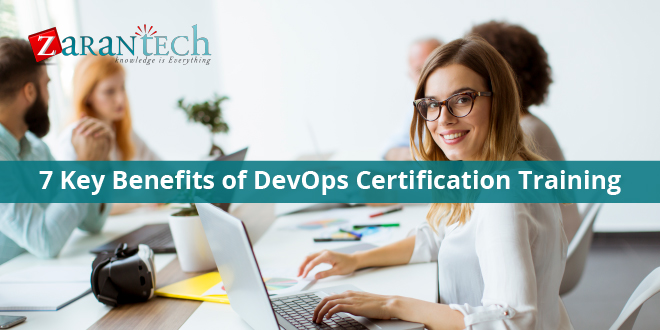 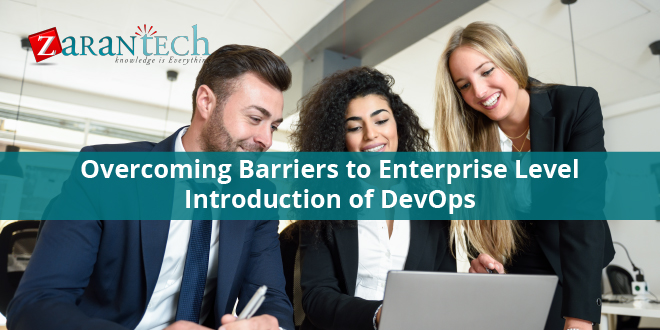