Understand the Difference Between SAP S/4HANA and SAP ECC ERP?

SAP presented SAP S/4HANA in 2015. Since then, most of us are complying with the technologies & simplifications in SAP S/4HANA. We also wonder about the functionalities & business advantages of SAP S/4HANA. However, now, the question arises, what is the difference between SAP ECC and SAP S/4HANA.

In this post, I will cover a few of the key differences between SAP S/4 HANA and SAP ECC Therefore, by the end of the article, you will have a brief summary of the SAP ECC SAP S/4HANA distinction.

The distinction between SAP S/4HANA and SAP ECC

SAP S/4HANA combines data frameworks of various components such as FI, AA, CO, CO-PA as well as ML into a single line item table. This table is ACDOCA, also referred to as the Universal Journal. The visibility of the universal journal eliminates a number of accumulation as well as index tables. Currently, data insertions happen right into a single table rather than several tables. Therefore decreasing the data footprint by a massive margin.

Furthermore, the MATDOC, the new line item for Inventory Management, removes 26+ tables. Material documents are saved in MATDOC but not in MKPF or MSEG tables.

New functional capabilities are available to work with SAP S/4HANA as well as the HANA in-memory computing. A couple of examples are Central Finance, SAP Cash Management, as well as SAP BPC Optimized for SAP S/4HANA. However, these require additional licenses.

Unison of CO and FI

In SAP ECC, we might observe FI GL accounts mapped to CO primary cost elements. However, in SAP S/4HANA, the universal journal utilizes just one area to keep both GL accounts and cost elements. Cost elements (both primary as well as secondary) are now GL accounts. Thus, an appropriate cost element group is used when they are created and maintained (in FS00). Reconciliation (as in case of CO to FI) is not needed now. Therefore, period-end closings will be faster.

Intro of a New GL in SAP S/4HANA

SAP S/4HANA is technically similar to the new GL of SAP ECC. This is because of its Data structure. Consumers utilizing the classic GL need not make use of the document split or the parallel ledger. However, the new GL’s functionality (Parallel ledger) is a prerequisite for a new Asset Accounting.

Account-based CO-PA is currently the default option. The costing based CO-PA is now available as an option. However, both options can also be run simultaneously.

What about the Custom Code?

In SAP S/4HANA, custom code checked out operations redirect to compatibility sights because of a unique setting at the database interface level (i.e invisible to source code). Therefore, custom reports work with no disruptions.

In SAP S/4HANA, Customer and supplier master data require to be integrated/migrated as Business Partner. Customer-vendor integration (CVI) is a mandatory action to run business with SAP S/4HANA.

One key distinction between SAP ECC and SAP S/4HANA is that the Material number can currently be 40 characters instead of the existing 18 in SAP ECC. This is an optional attribute. Consequently, the effects of this extension on interfaces, custom coding, and other SAP applications should be assessed. This needs to be done before changing to 40 characters. You can refer to note number 2267140 for even more details.

There is a new Credit Management System in SAP S/4HANA by the name of FSCM-CR. It is the credit management of Financial Supply Chain Management. It replaces SAP ECC’s FI-AR-CR. FSCM-CR is built on a distributed design. This permits interfaces with external Credit Rating Agencies. Traditional SAP ECC’s FI-AR-CR credit control setting needs a high degree of manual work. Furthermore, FSCM-CR has valuable innovative functions like:

There are adjustments among data models in rates and condition methods. As an example, the new PRCD_ELEMENTS table with expanded fields replaces the existing KONV table. Please refer to note 2267308 for more details.

In SAP ECC, MRP runs occur through batch jobs during off-peak hrs. However, there is no requirement of the batch job in SAP S/4HANA. In SAP S/4HANA, MRP runs can happen in real-time by leveraging the power of SAP HANA.

Global Trade Services (GTS) in SAP S/4HANA replaces the foreign trade functionality in SAP ECC. A few of the features in GTS w.r.t Foreign Trades are,

Revenue Accounting as well as Reporting

SAP ECC’s SD Revenue Acknowledgement is based on Generally Accepted Accounting Principles (US-GAAP), International Accounting Standards (IAS)/ Financial Reporting Standards (FRS). As a result, it provides the option of acknowledging revenue based on an event (like Goods issues, evidence of delivery) or over a time period (based on a specific set of dates) besides the conventional way of understanding revenue on billing.

Revenue Accounting and Reporting (RAR) in SAP S/4HANA accounts for basic adjustments with IFRS 15. Furthermore, it also meets the demands of parallel accounting and cost recognition.

SAP S/4HANA’s Company guideline framework plus (BRF +) changes SAP ECC’s message determination with the NAST table. On top of that, the target architecture is based upon Adobe Document server and also Adobe forms only.

SAP’s new application for Warehouse Management, EWM changes the existing WM module. There will be 2 options.

Some benefits of EWM over WM

A key difference between S/4HANA as well as ECC is that SAP Fiori is the new user interface in S/4HANA to supply an abundant and also instinctive user experience.

You can now understand that there are some considerable adjustments in SAP S/4HANA. For that reason, IT leaders ought to understand the functional as well as technical differences and build their best business usage situation on why their firm needs to relocate to S/4HANA. 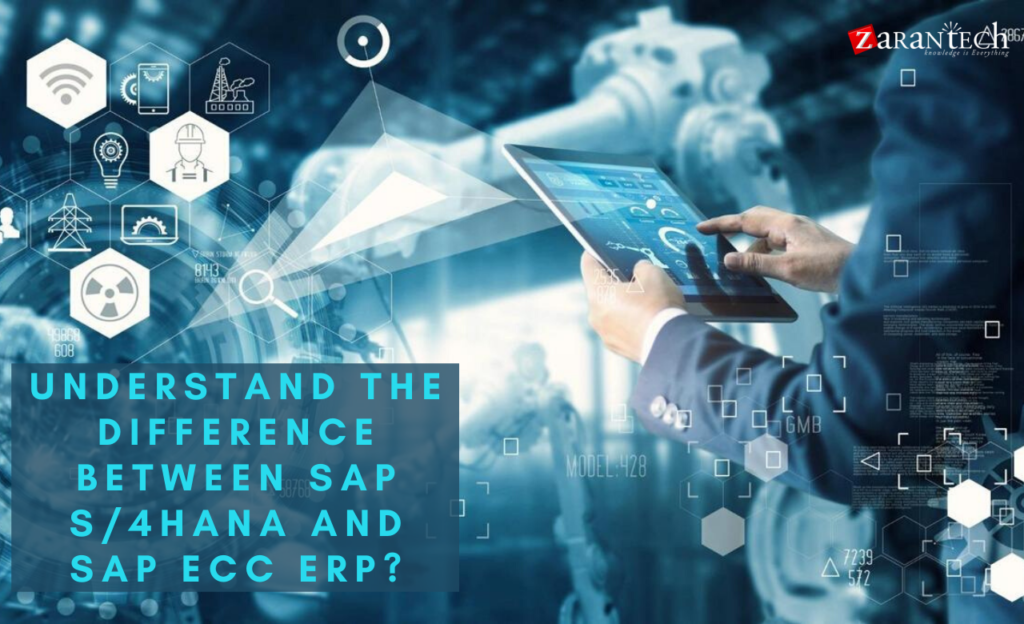 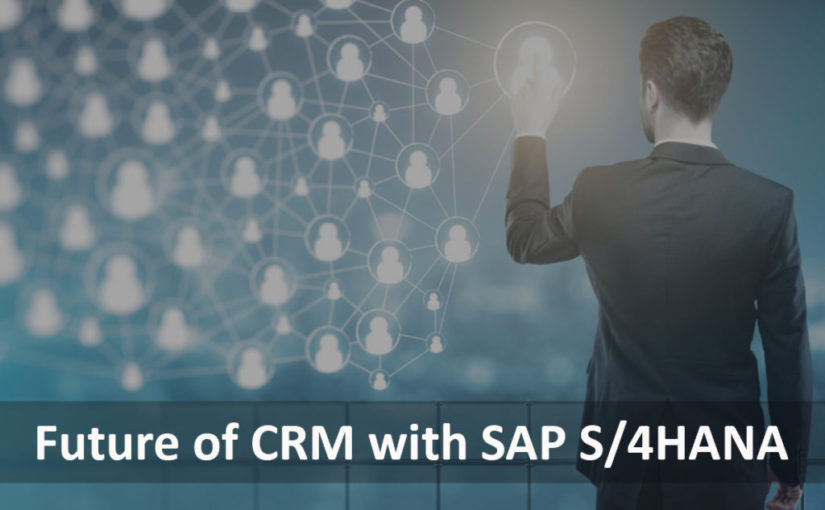 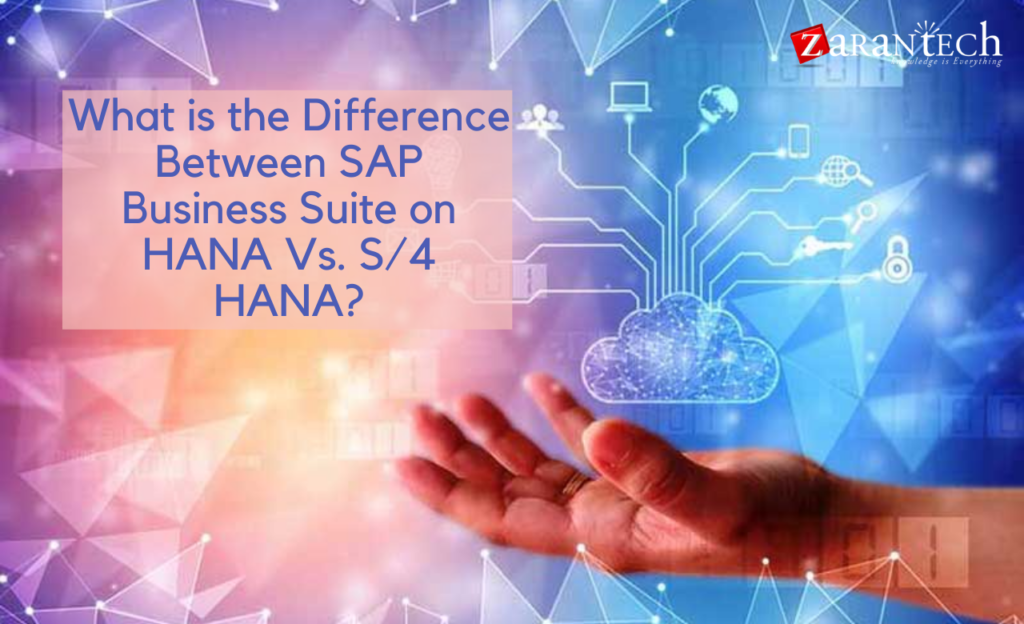 What is the Difference Between SAP Business Suite on HANA Vs. S/4 HANA? Read More 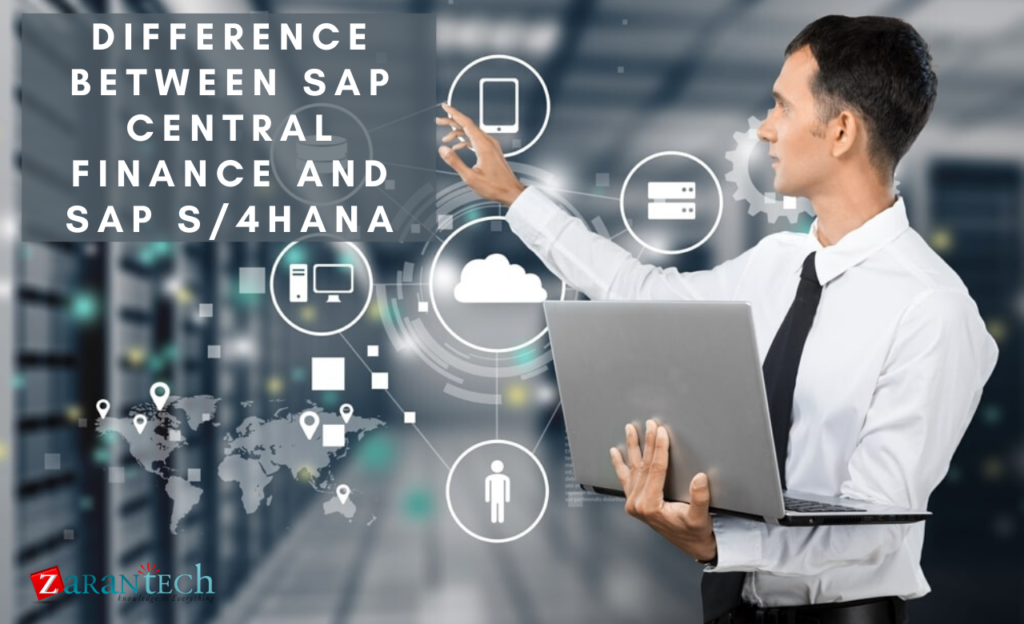