SAP GTS and SAP S/4HANA: What Has Changed?

For the past 16 years, SAP Global Trade Services has been used by over 2,000 customers, has been the SAP application for international trade. Yet what occurs when a firm switches over to SAP S/4HANA?

What does traditional SAP GTS do?

Back in the days of SAP R/2 and SAP R/3, companies with international business connections were using standardized functionalities for foreign trade.

In 2000, all import and export alerts, which had up until that point been formulated theoretically, switched to electronic communication and were consolidated together with existing foreign trade functionalities in the SAP Global Trade Services(SAP GTS). Since then, SAP GTS has become the SAP customs and foreign trade platform.

Want to Explore Your Career? Visit Our Course Page & Learn From Our Industry Experts

Firms that usee both SAP S/4HANA and SAP GTS can use the recently coded Intrastat functionalities. The primary benefit is that standing updates on global items activities can be produced quickly and precisely. Second of all, SAP is presently working towards legitimately checking export activity (Legal Control) before export management is available as an SAP S/4HANA function for the SAP S/4HANA Cloud Edition. The newly developed foreign trade functionalities in SAP S/4HANA are grouped under SAP S/4HANA for International trade.

All companies that make use of the classic SAP GTS, certainly, deploy SAP GTS along with SAP S/4HANA on-premise.

Who is already running the new Intrastat performances with SAP S/4HANA?

All companies that are on SAP S/4HANA which used the previous Intrastat functionality in SAP ECC.

Does the new enhancement of SAP GTS functions based on SAP S/4HANA mean that the traditional SAP GTS will not be developed further?

No. SAP is continuing to develop customs and foreign trade functionalities in parallel.

What does that mean for SAP GTS clients? For companies that deploy numerous ERP and logistics systems, SAP GTS will continue to be the core solution for customs and foreign trade, given that the information comes from different systems. One of the most significant and advantages of SAP GTS is that logistical data can be drawn from numerous ERP and transportation management systems, for example, to centralize import and export news within a single system.

An additional benefit is that SAP GTS architecture with its extensive SD and MM integration. This enables data to be collected from the SD and MM processes, which can be processed accordingly for interaction with personalized authorities. Companies using a hybrid IT system will experience virtually no changes.

What does that mean for SAP S/4HANA clients? Companies using SAP S/4HANA and no other logistics systems will be able to make use of the foreign trade functionalities in SAP S/4HANA in the future.

A functionality was recently implemented for SAP S/4HANA, and two others are in the realization stage. What should companies do if they want customs and foreign trade functionalities to map in SAP GTS, but also want to benefit from SAP S/4HANA?

Any business that works on SAP S/4HANA can carry on using existing SAP GTS features. This is a significant added value for our customers. The high level of integration between SAP ECC and SAP GTS continues to apply for SAP S/4HANA. Companies using SAP GTS can supplement it with SAP S/4HANA, or continue using it as before. SAP GTS will continue to be enhanced.

Will customers still be able to use existing modifications and custom-made solutions after private functionalities switch over to SAP S/4HANA?

Customers who have been using the conventional SAP GTS for several years will be able to continue using these features additionally in SAP S/4HANA, provided customer enhancements are implemented using Business Add-Ins BadIs), individual exits use their coding without alterations, and non-modifying custom code is used in user exits which do not use any data structures from the “old” Foreign Trade.

At  ZaranTech we offer a self-paced online training program in SAP GTS. If you’re someone who has a background of SAP S/4 HANA and willing to build a career in SAP GTS, you’re in the right place. Skyrocket your career by learning from the best.

You can also visit our website for more such informative and engaging blogs. 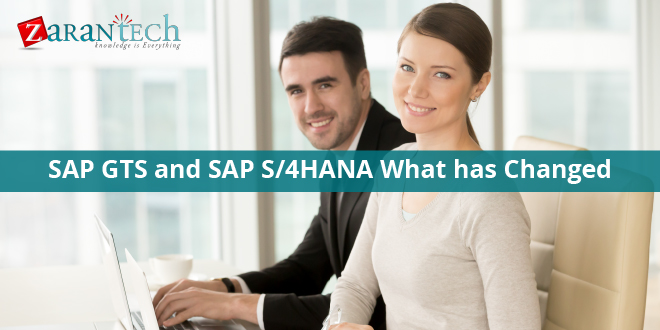 SAP GTS and SAP S/4HANA: What Has Changed? Read More 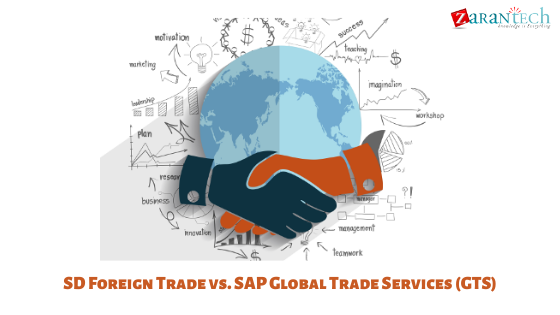 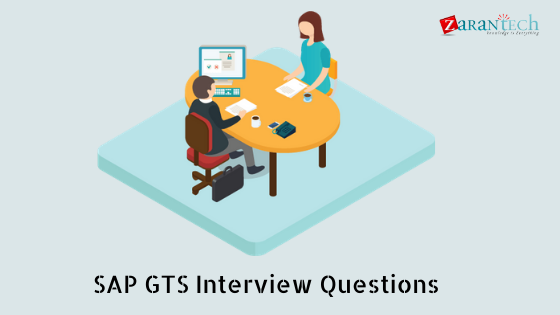 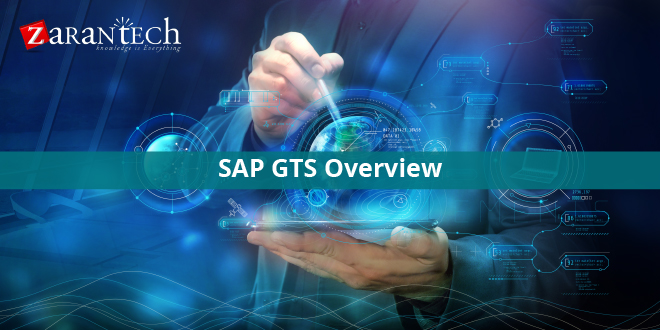 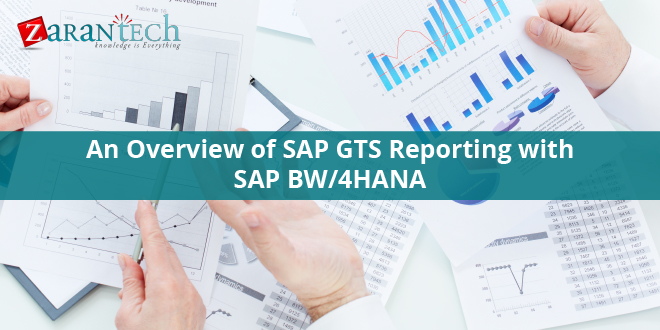